OK, it wasn’t that bad. Somehow, I just thought it should have been much better.

The film was created by Ridley Scott based upon the highly acclaimed novel of the same name. Already a master of science fiction, Scott benefited from extensive help and cooperation from NASA, who saw the film as an opportunity to pitch future manned space missions. The film had no shortage when it came to funding ($100+ million), an investment that was recouped many times over. So what’s the problem?

First of all, I thought the plot was excruciatingly predictable. Even if they hadn’t telegraphed the “everything goes wrong” moment with dialog, I felt like I could have predicted it within about 10 minutes based on industry formulae. Tension/release and all that. But does anyone go into this movie thinking that Matt Damon might not make it home in the end? How tense can it really be?

I haven’t been on a NASA campus for a while, so maybe it is true that the majority of the workers are either drop-dead-gorgeous women or youthful hipsters-of-color. Yet somehow I doubt it. We all know there are certain physical features that correlate with advanced degrees in engineering and, I hate to break it to ya, but these aren’t them.

So while NASA contributed, it looks like they focused on PR. Pitching the hot (and smart!) babes to the next generation of college grads makes sense for them. In the same vein, the visual aspects of this movie are quite good; state-of-the-art CGI, interesting near-future tech, and a believable Mars location (Jordan IRL). The science however (or SCIENCE! as they had the fucking* audacity to place on a board full of, at best, trivial rocketry equations) they seem to have left to the screenwriters. I’m probably spoiled by The Expanse (which, as the authors have said, isn’t meant to be accurate; but it does succeed in being sensible), but in a film where the technology seems so heavily featured**, it seems you’d want to do a better job with it. 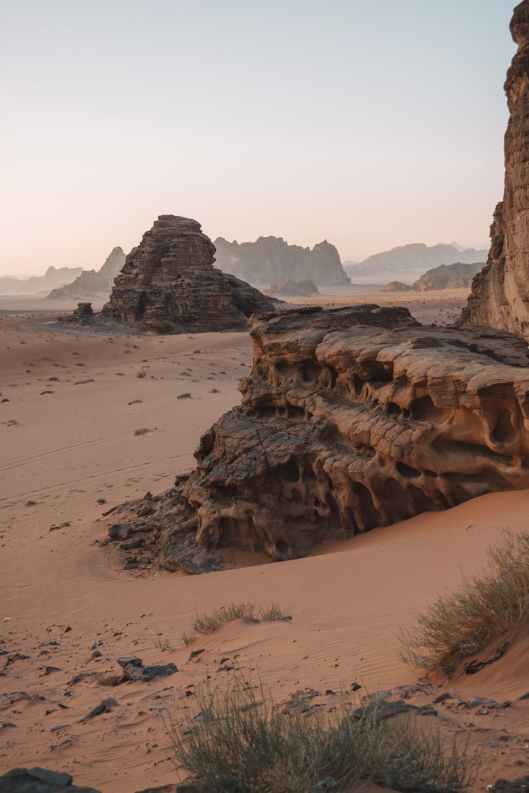 Jordon, not Mars. Photo by Alexis Azabache on Pexels.com

The film also lacks in the character development. Matt Damon is chummy and likeable as always, but I felt surprisingly disconnected from him given the man-alone focus of the movie. On top of that, he is the best they’ve got. There’s not one other character in this film who builds a connection with the audience. Well, maybe Jeff Daniels. His “Director of NASA” character is decidedly unlikable. One Netflix review says he “is even dumber than he was in Dumb and Dumber, but not as funny.” That’s funny right there.

Speaking of funny, the highlight of the movie was Sean Bean making a Lord of the Rings joke. I literally broke into laughter. And now I probably just ruined it for you. Sorry.

Maybe I should read the book.

Netflix, meanwhile, has decided that I like “Classic Cerebral Movies” and “Sci-Fi and Fantasy based on Books.” I’m a little flattered. I’m not interested in any of their suggested movies, but I’m happy with the way they’ve defined me.

*I’m probably overreacting, but I see this selling of “SCIENCE!” as a form of religion as one of the more corrosive features of modern discourse. It is implicitly used as a political critique (my opponents are ignorant of science) and, as far as I can fathom, has little value in its explicit intent – which would be to get the young interested in math and science as a career path. Prove me wrong.

**I want to give examples, but then again what’s the point. Some of the propulsion goofs and  simplifications got to me particularly, but technical ignorance abounds in this movie. In fact, a little reading on line shows me many, many items that I hadn’t noticed as I watched. Any science fiction film is going to have inaccuracies and simplifications. This one just took it too far.